Internet speeds above 100 Mbps download are considered to be good for regular use. However, factors like upload speed and latency should also be considered for use cases like home offices and gaming, where upload capacity for files and reaction time for user actions is particularly important.

The average WiFi speed you experience around your home will generally be anywhere from 20–50% below the advertised maximum download speed, due to wireless interference and fade as you move further from the router.

The average internet speed offered in urban areas is generally around 100 Mbps, although this will be higher in neighborhoods with fiber access. In rural areas, 25 Mbps is a more normal speed, particularly in areas that do not have DSL or cable. Rural locations fall back on satellite, which currently offers 25 Mbps as a maximum speed.

To get a quick recommendation based on the number of users and devices in your home, take a look at our bandwidth calculation tool. If you already have WiFi, consider learning how to extend your WiFi network.

In this article, we will help you to determine how much internet speed you need based on how many internet users are in your home and how they use the internet.

What does Mbps mean?

Mbps stands for "Megabits per second." This is the standard measure of "speed" or "bandwidth" on home internet connections. It measures how many bits (units of digital information) can be transferred each second. You'll normally see speeds ranging from 10–1,000 Mbps advertised for home internet plans.

How Much Speed Do I Really Need?

Here are some general download speed requirements based on everyday online activities:

What is a Good Internet Speed? 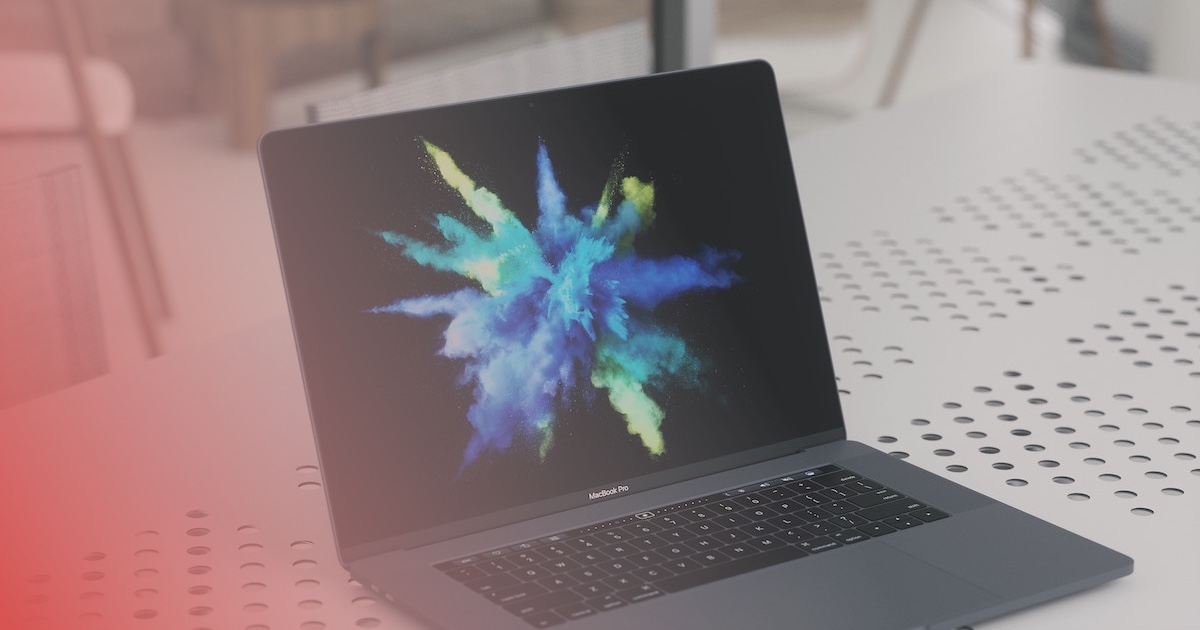 While most users are content with 25 Mbps download, power users and streamers should consider much higher speeds.

The experience using an internet connection depends on several factors:

As you can see, good internet speed can mean something different for every household. For instance, if you are using your home WiFi for nothing but web browsing and email, you might feel that you have fast internet with only 10 Mbps.

On the other hand, someone who streams 4k video on multiple devices, plays video games online, and has smart home IoT devices, may not be satisfied with even 100 Mbps. They should look at fiber options like those offered by SpeedLinks.

The FCC currently defines a “broadband” internet connection as one that provides at least 25 Mbps for download speed and 3 Mbps for upload. [1] This is a decent benchmark for the average family of three. That said, depending heavily on your usage habits, this may not be enough.

It's worth mentioning that the range of performance you can get is somewhat relative to your location. Rural areas in states like California and even New York often have much lower speeds and fewer options, when compared to urban centers within the state, such as Los Angeles, San Diego, or Brooklyn.

What is a Fast Internet Speed?

By most definitions, anything above 100 Mbps is considered “fast.” Once you start getting close to 1000 Mbps, the internet plan is called a “gigabit” service.

If you’re wondering why anyone would ever need a 1000+ Mbps download or upload speed, the answer is pretty simple: most of us don’t (though that may change in the future). That said, these sorts of speeds may be worth it for techies, streamers, and large households.

What Is the Difference Between Upload and Download Speed?

If you don’t know the difference between upload and download speeds, here is a simple breakdown:

When you see the advertised speed of an internet plan, what you usually see is the download speed. Frequently, the upload speed isn’t visible at first, or it appears in a much smaller size at the bottom.

Download speed is much more important for the average user, since you only notice upload speed when trying to share large files. It is normal for your upload speed to be around one tenth your download speed.

A 25 Mbps plan can be referred to as the “Goldilocks” of internet plans. It is neither too fast or too slow. For a small household of light internet users, you won’t suffer from frustrating lag or be paying for bandwidth that you don’t need.

Here are some things you can expect from 25 Mbps:

5 Mbps is the minimum download speed for watching HD Netflix on your laptop.

Basic streaming does not require very much bandwidth. However, when you start to stream in 4k resolution or stream on many devices at once, you will need a much larger internet package.

How Much Internet Speed Do I Need for Netflix?

In general, streaming video on platforms such as Netflix or YouTube TV requires 5 Mbps to stream in standard resolutions.

If you want to stream in 4k Ultra HD, you will need a minimum of 25 Mbps. [2] However, streaming even one video in 4k HD may use up all of your available bandwidth. For that reason, if you like high-definition video and you have more than one device connected at a time, we recommend a speed of 50 Mbps or more.

For instance, say you have a 25 Mbps down connection speed. If the total capacity of your internet connection was a pie, each device on the network gets a “slice.”

Your total potential speed is split across all of the devices connected to the network. So, a 25 Mbps plan may only be providing 10-15 Mbps to Netflix — depending on how many devices are taking a “slice.”

Also, using WiFi will always be slower than a hardwired connection. Trying to stream over WiFi can produce less-than-stellar results.

Thankfully, there are a few things you can do to ensure that you’re maximizing your chances of a trouble-free streaming experience:

Use online bandwidth calculator to get an estimate of the speed you actually need to stream on multiple devices at home.

Online gaming is one of the few activities that require a fast upload speed. This is because the actions that you perform in-game are uploaded to a server for other players to view and interact with.

How Much Internet Speed Do I Need for Gaming?

Minimum internet speed requirements for gaming are usually 4-8 Mbps if nobody else in the house is using up your bandwidth. Unfortunately, slower internet plans such as these may not give you the upload speed you need for a consistently good experience.

If you are the only one at home, a 25 Mbps internet plan is recommended for smooth gaming. However, speed isn’t the only thing that matters in gaming: ping and latency play a role as well.

Ping and Latency: Does It Matter?

So, is latency a real concern when deciding which service provider to choose from?

Honestly, the majority of users will likely not be impacted by latency. Competitive gamers serious about getting the best connection will definitely want to look into minimizing this number. For everyone else, it’s not worth worrying about as almost all wired Internet connections these days don’t have latency issues.

Mbps vs Gbps: What’s the Difference?

Internet speeds are measured in “Megabits per second,” often abbreviated as “Mbps.” These commonly range anywhere from 1 Mbps up to 1000+ Mbps.

An average mp3 song in your iTunes ranges from 3 to 5 megabytes, whereas a 4K movie or tv show can be several gigabytes, so it’s important to gauge the types of speeds you’ll need accordingly.

“The average cable Internet plan has a download speed of 150 Megabits per second (Mbps), and a data cap of 1024 GigaBytes (GB).”

MB vs GB: What’s the Difference?

This is confusing for non-techies, but to put it simply:

You will likely see the term GB used in conjunction with data caps, which some providers use to limit the amount of data you can consume. These can either be hard capped (service is not available after exceeding the stated amount) or soft-capped, meaning you will simply experience slower speeds — and potentially, additional charges.

Why Does Internet Speed Vary Per Location?

…only to search your internet options and find they can’t provide the same speed for your street.

This can be frustrating.

Regardless of which type of service you are interested in, your physical connection has to go somewhere central before it can move on to the wider network that forms the backbone of the internet. For DSL and cable, this central location is the provider’s office or joining node, and for fiber, a central switch.

No matter the specifics, the physical distance between your home and these meeting points can have an impact on the speed of service a particular company is able to offer. Remember, though — just because one provider can only offer a certain speed, that doesn’t necessarily mean all of them are limited in the same way.

If you live in an area where there are several services to choose from, check the speeds offered by other ISPs in your area before setting an install date.

How Can I Calculate My Upload and Download Speed?

Use our speed test tool to check your upload, download, and other key Internet performance metrics.

If you already have existing service but aren’t sure how fast it actually is, you can find out using our recomodated  speed test tool.

Essentially, this service works by sending test samples of data to various remote servers, the same way you would when browsing the web.

We then display the average upload and download speeds of those individual pieces of data, allowing you to get a good idea of what you’re working with.

The Bottom Line: 25 Mbps Is the Minimum Speed for Modern Households

So how much speed do you need? If you don’t have time to dig into the details, just make sure you get a plan with at least 25 Mbps download speed. For most people, this is “good enough.”

If you’re the type of person that always likes to have the best, just get the fastest plan under $100/month. Especially if you stream TV a lot, you can be sure you won’t run into endless buffering.